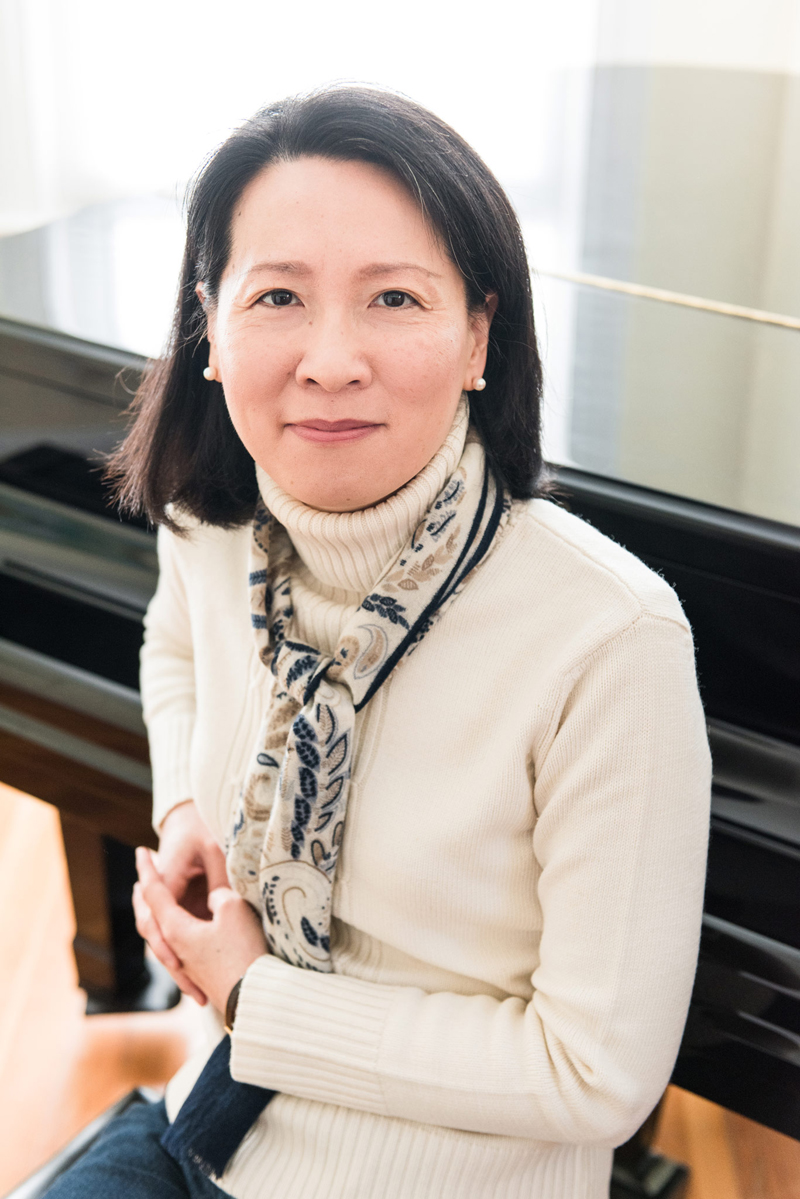 Ruth Shyu was born in Taiwan by parents from Mainland China, and grew up in Taiwan and Hong Kong.  She trained as a classical pianist from a young age.  In her teens, she discovered her gift in improvisation, arranging and composing.  Circumstances led her to study engineering at M.I.T.  After working as a computer engineer and consultant for almost a decade, she left that field and began to pursue music, which is her true passion.  Through a CD of original piano music that she produced and published (“Night Lights”), she secured a scholarship to study at Berklee College of Music, where she graduated summa cum laude with a BM degree in film scoring.

Ruth stepped out of Berklee directly into Hollywood in 2002 after receiving the Academy of Television Arts & Sciences (The Emmy Foundation) music internship prize.  She interned with Alf Clausen, the composer for “The Simpsons”; and Jonathan Wolff, the composer for “Seinfeld”, “Will & Grace”, “Reba”, etc.  In 2004, she received an ASCAPlus Award in the jazz/pop category for her piano compositions.  While these experiences were very valuable and encouraging to her, she felt a strong conviction in using her gifts in ways beyond pure entertainment.

As one of Ruth’s gifts is teaching, she returned to Boston in 2004 to explore a career in music education.  In a few years, she established a thriving piano teaching practice.  During this time, she became increasingly interested in questions around faith and God, and started attending Park Street Church.  She confirmed her faith in 2007, and has been composing Christian music since then.  Her work consists of fresh arrangements of traditional hymns and original worship music for various instrumental combinations, including solo voice and choir.  Much of these work has been premiered at Park Street Church.  In 2009, upon the church’s bicentennial, she wrote the film-score for a 30-minute documentary “200 Year of Park Street Church”.  In 2016, she relocated to Southern California to be closer to her family.  Her newer works have been premiered at Chinese Baptist Church of Central Orange County, Irvine Canaan Christian Community Church, and First Evangelical Community Church in Los Angeles.

Besides composing, Ruth continues to be active in music education.  She is re-establishing her piano teaching practice in Southern California.  For more information about her piano studio, please visit www.facebook.com/teacher.ruth.

Ruth studied classical piano with David Deveau, Randy Hodgkinson, Wanda Maximilian, and Paul Kueter.  She studied jazz piano with Jeff Covell at Berklee and Eyran Katzenelenbogen at the New England Conservatory.  She was a concerto soloist with the MIT Symphony Orchestra, and has performed extensively as a soloist, accompanist, and ensemble musician.